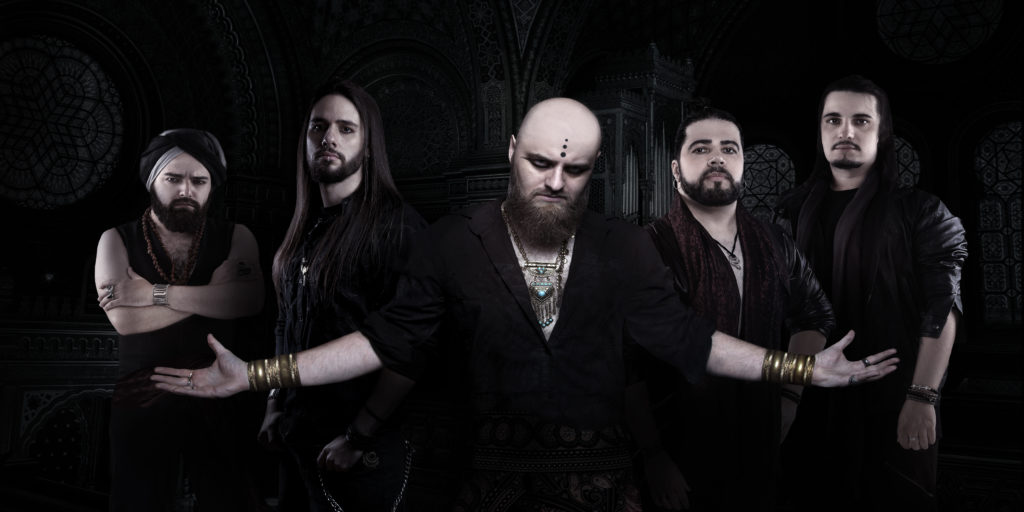 With influences that range from progressive metal to folk and ethnic, their music can be described as ‘Oriental Progressive Metal’. The project is idealized by Tiago Della Vega, known for the Guinness Book title of world’s fastest guitarist and his appearances on some tv shows all over the world.

The first single and lyric video “The Burden” is available here: ➤ https://youtu.be/XuyPy6W5LZE

VIKRAM comes up with some unique elements in the metal scene: speed and technique allied with musical and cultural elements of eastern civilizations. VIKRAM means wise, brave, strong, victorious in sanskrit language. Their music blends modern and progressive metal influences, epic movie scores, rhythms, harmonies and all kind of ethnic musical elements from cultures like Persian, Egyptian, Gypsy, Arab, Hindu and etc. “BEHIND THE MASK I” is a concept album, the first part of a trilogy, whose story is based on Nathaniel Frost’s life and his travels through several eastern countries in a journey of self-knowledge. Each song tells the story of what Nathaniel faced and discovered in each culture.

‘BEHIND THE MASK’ trilogy is a multimedia project, a journey through different types of art, such as literature, music, games, dance, etc. In addition to the album, you will be able to experience the books with the complete of the story, a game, a documentary, a musical, songbooks, video playthroughs, videoclips and of course the band world tour.