Finland’s DAMAGE S.F.P. have unleashed their single “Ruthless Fate” off their upcoming self-titled debut album due out on June 14th via Rockshots Records. The album is an amalgamation of 30 years of music created by the band after first forming in 1989 as three childhood friends.

During the band’s existence, they released three demos in the ’90s: 1992, 1993 and 1996 along with a promo tape in 1994 and continued performing until 1996 before disbanding. Moshing in 2018, DAMAGE S.F.P. was reformed by guitarist Nikkilä and drummer Lipsonen with bassist Remes hearing the call to arms to rejoin his schoolyard headbangers. Solidifying the original line-up,  the trio returns 30 years after first picking up their instruments to destroy audiences and are now ready to unleash what has been a long time coming in their debut self-titled album, which features eleven of their best whip lashing tracks.

“This album is our debut, but at the same time collection of our best songs. It is diverse, bringing in influences from both thrash and death metal, but not forgetting the beautiful melodies of heavy metal. At the far end of the album you can find a short track called ‘Grain Brain’, which is almost grindcore, then on the other end is ‘In Termination’, an epic song with Amorphis and Iron Maiden vibes.”

The first single off the album “Ruthless Fate” can be heard at the following link: 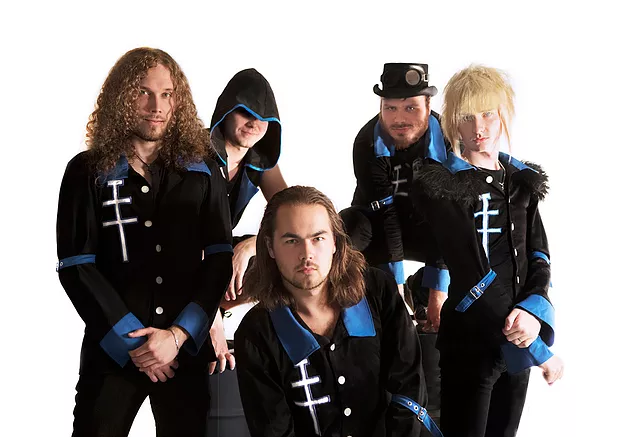 Since the release of debut album ‘Blue Eyed Emotion’, Finland’s EVERFROST have been active on the stage and in the studio bringing listeners the follow-up EP ‘Appetite For Candlelight’, single ‘Cold Night Remedy’ and live DVD ‘A Cold Night Out’. The band is now aiming to raise the bar from what an album experience is traditionally expected to be, with their second full length ‘Winterider‘ to be released via Rockshots Records this coming Summer 2019!

The album will feature 10 songs of EVERFROST‘s winter spiced melodic metal elevated to the extreme this time around! The track listing will include the band’s first ballad, their fastest song to date and the first EVERFROST epic, clocking in at over 10 minutes.

The album will be a unique undertaking for a metal/rock band, as it will be the combination of a fully coherent manga comic and a conceptual album. The story will feature characters from their debut album ‘Blue Eyed Emotion’, and will take them on a desperate journey to survive a never-ending winter! This type of album has never been attempted before, and the band is pulling out all the stops to provide you with a truly unique experience in the world of comics and music!

Keyboardist Benji Connelly began the demo-process for ‘Winterider’ in the summer of 2017 following the single release ‘Cold Night Remedy’, which will also appear on the album. By March 2018, most of the songs and story manuscript had been finished, as was mentioned in an interview with Musicalypse after their taped show at The Circus, Helsinki. As of September, EVERFROST has hit the studio and will be documenting the entire ‘making of’ process for ‘Winterider’, beginning with promo photoshoots lead by Tuonela Magazine’s Laureline Tilkin.

Release Date to be announced in the coming months! 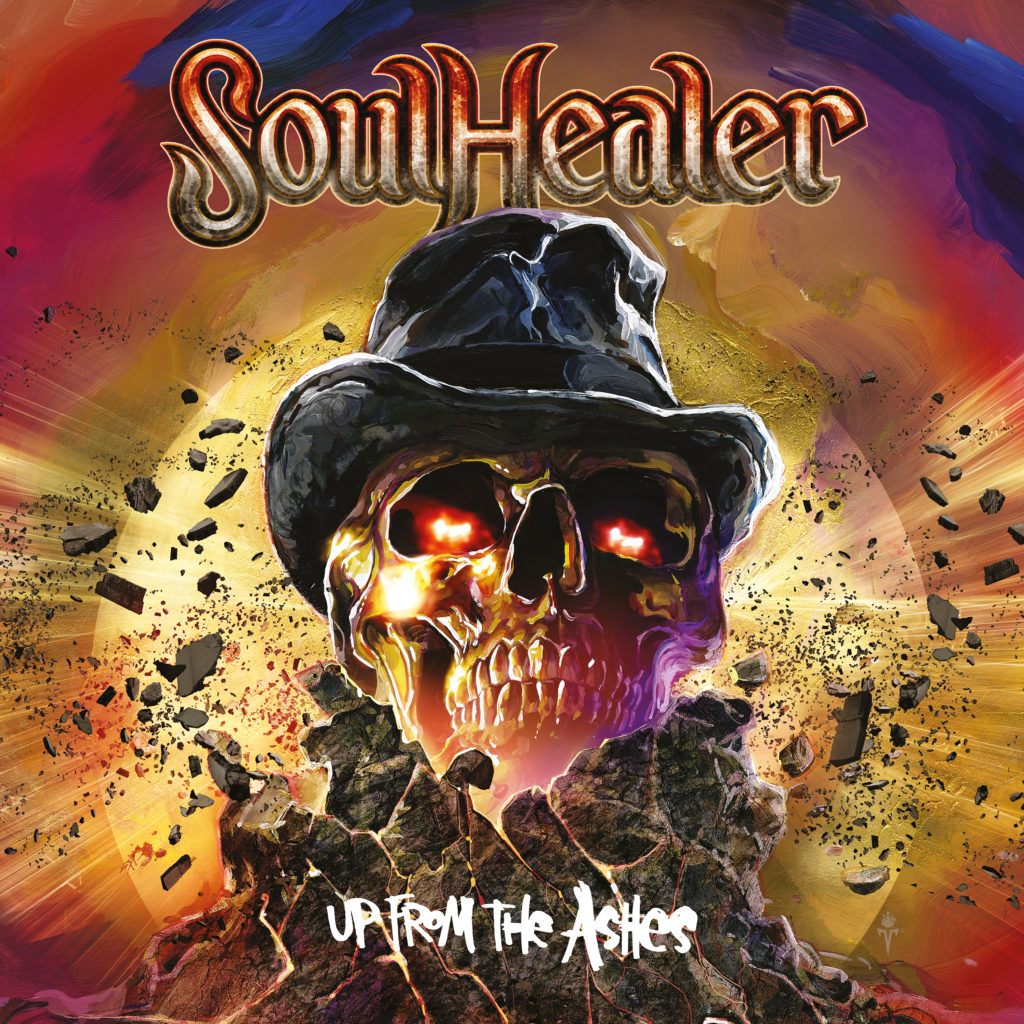 Finnish melodic metallers SoulHealer have just unleashed the new Video “Behind Closed Doors” taken from their latest album “Up From The Ashes”.

“SOULHEALER created some very solid, enjoyable ‘80s influenced melodic power metal. Fans of HAMMERFALL, HELLOWEEN, SAXON, and IRON MAIDEN will enjoy this album. Crank this album up and enjoy! 4 out of 5 (KNAC.COM)

“Plenty of old school metal maniacs will dig Up from the Ashes because these Finns play solid, in the pocket power/traditional songs that feature solid lead breaks and proper hooks, melodies, and gallops to get the job done” 8/10 (DEAD RHETORIC)

Formed in late 2017 by the mastermind Marco Salvador, Manam creates a unique style that spaces on all the horizons of melodic death metal, changing from song to song and touching different genres, but always strictly bound to its main concept. Inspired by bands such as Wintersun, Opeth and Trivium, they create an immersive experience complete with custom stage clothes and decorations to go along with their mixing of extreme guitar melodies, power metal riffs, acoustic guitars, and powerful vocals (both clean and rough) supported by blasting and eclectic drums.

The album was produced by Marco Salvador and Marco Pastorino(Temperance), mixed and mastered by Michele Guaitoli (Visions of Atlantis, Overtures, Kaledon, Temperance), and released by Rockshots Records on November 23, 2018. 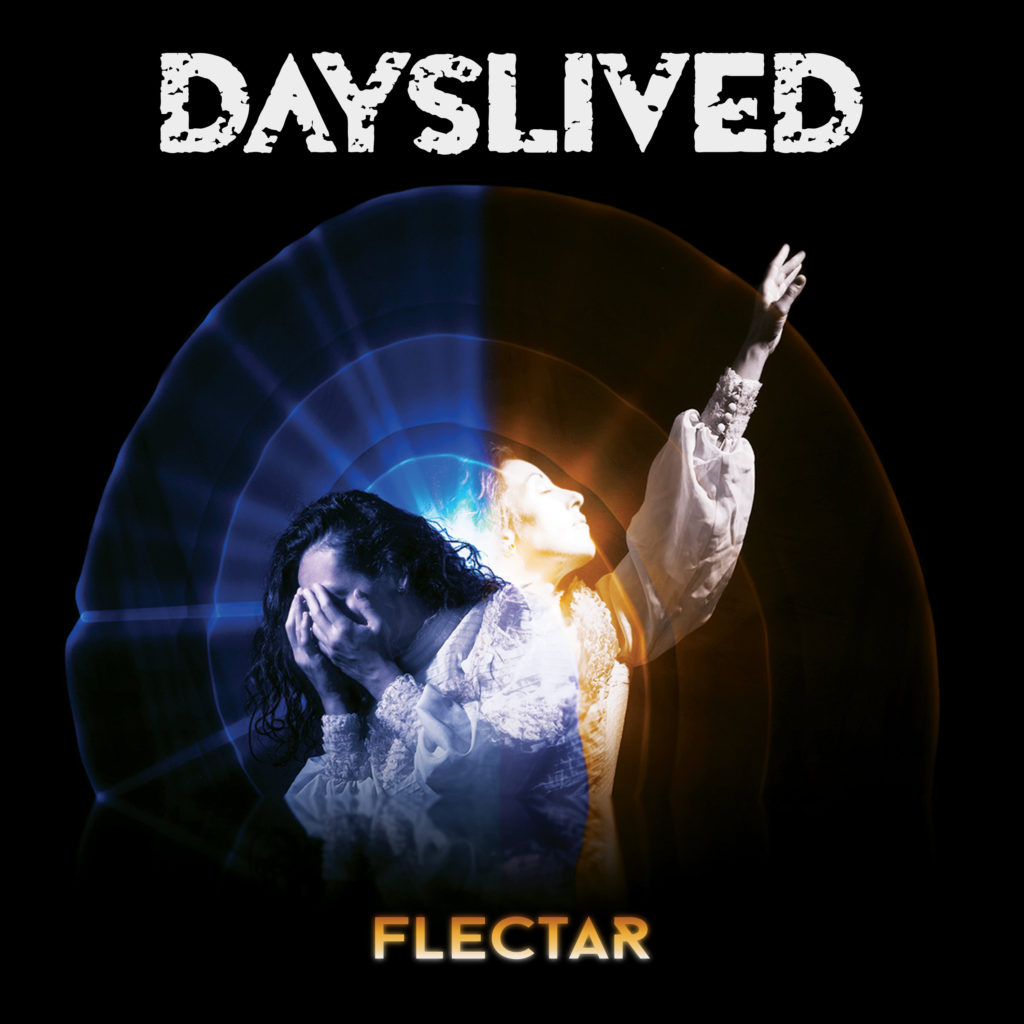 ROCKSHOTS RECORDS is thrilled to announce the signing of the Italian progressive metal band DAYSLIVED, joining forces to release the new album “FLECTAR”.

“FLECTAR” is the band’s sophomore album and it’s the most progressive and experimental studio work to date, as well as the most ambitious.

DAYSLIVED want to explore innovative sounds and themes in the rock/metal scene. Listening to “FLECTAR” you will experience a sonic journey through different and never-repetitive elements. Monik’s voice is the trademark of their new sound, a blend of metal, prog rock, symphonic and electronic music.

The album was produced at Domus Janas Studio by Marco Strega (MaterDea) alongside Marco Allemandi and Matteo Sabetta, and mastered at Fascination Street Studios by Tony Lindgren.

“FLECTAR” is set to be released via ROCKSHOTS RECORDS in Europe on April 19,  in North America on May 10, 2019

“FLECTAR” is available for pre-order at the ROCKSHOTS RECORDS official store: